Home Internacional The Other Christ is Vegetarian – by Tyson Brooks 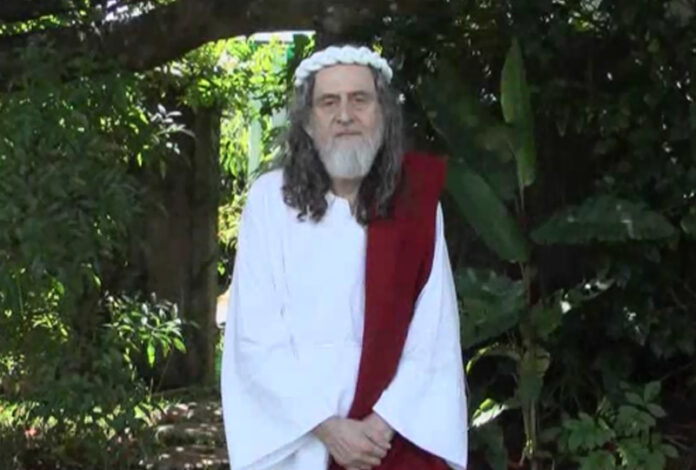 Rio may be famous for it’s mountain top Christ. But it’s Inri Christo that is making waves.

Famed for his comments on everything from Bush to Christmas; Alvaro Thais aka Inri Christo is getting attention in Brazil and around the world. A regular in religious debates, university lectures, interview and talk shows, Inri Christo is well received by many and ridiculed by most.

From his chosen capital of Brasilia, which he refers to as New Jerusalem, he reaches the public any way he can. Not only does he produce serious documents about god he also does cheeky  mystical music videos for utube.  The music videos take popular songs and change the lyrics and images to something more suitably interesting but godlike.  Don’t expect to see his all female disciples dancing around him in bikinis but do expect some fun footage of Christ at amusement parks and on water slides. As Inri Christo says, any publicity is good publicity, even if it means being ridiculed on a Brazilian comedy show.

Born in Brazil, Inri Christo has traveled far and wide. He has been to over 27 countries travelling dressed as Jesus did complete with crown of thorns. On his travels he was thrown out of the US, England and Venezuela. Strangely, he was accepted as the true Jesus by the French. He has been arrested countless times in Brazil for his weird outfit and mannerisms.

In a massive 125 page document of sometimes brutal questions and controversial answers he outlines his beliefs and thoughts. Amazingly well written and intelligent for a man who has never been to university, he refers to the church as a whore and the Christian religious leaders as beasts for their wholesale commercialism of god and adaptation of the bible.  He tells us why god wanted us to be vegetarian but eating fish is okay and speaks out about overpopulation and world issues. In his Christianity, birth control, abortion and reincarnation are acceptable. In fact he believes that due to overpopulation, animals reincarnate as humans as they don’t have enough room in the forests. These so called humans are responsible for crimes such as rape when they lapse back to their beastly instincts.

He refuses to comment on other religions stating only that there are many paths to god. He does mention that Buddha although a wise and good person was far from enlightened, after all Christo states Buddha did die from diarreah caused by bad pork. Why would an enlightened person be eating pork?

Although Mohammed and other religious figures are exempt from his opinion he does state that both Bush and Bin Laden are apocalyptic horsemen creating havoc and trying to destroy the world. Many of his ideas can be seen as a brief of fresh air by atheists. He sees Christmas as a fake holiday; based on pagan rituals and now wrapped up in consumerism he notes that he (Jesus) wasn’t even born on Christmas. He doesn’t see the church as useful arguing that the church is a tool to be used by false prophets for the transfer of bad ideas and a vehicle to extort money from the population. He doesn’t even believe you should go to church.

From dubious beginnings in Santa Cantarina (the Saint part named because he was born there) Inri Christo is a harmless public figure who is a brief of fresh air in religious debates and world issues. His presence in Brazil livens the country. If you pass through Brasilia make sure you stop in and visit his church. If you play your cards right maybe you can even play a game of pool with him and split a bottle of wine. He is keen to do what ever it takes to reach the masses.

This article was originally published at www.latincouver.ca . 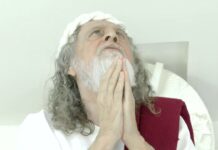 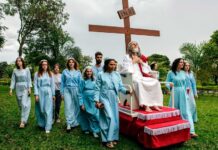 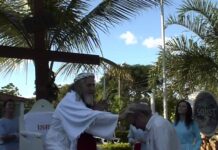 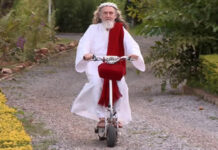 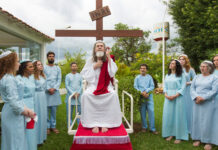 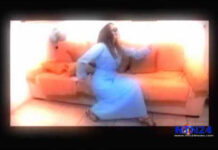 NTN 24 News: “Man who claims to be Jesus Christ preaches in Brazil”

NTN 24 News: “Man who claims to be Jesus Christ preaches...